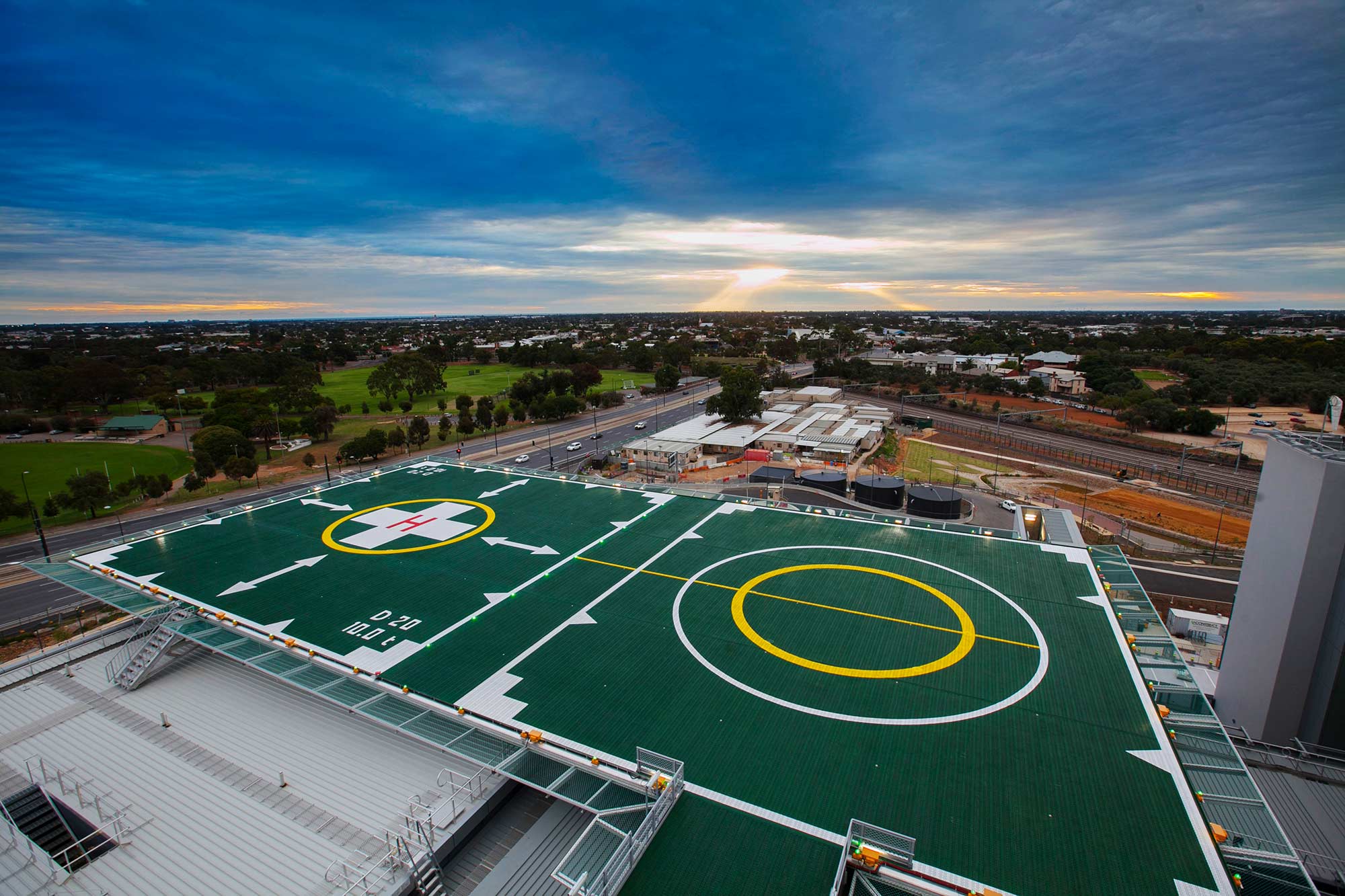 The New Royal Adelaide Hospital (NRAH), due to complete in 2017, will be Australia’s most technologically advanced hospital with a fleet of automated robotic vehicles to help move supplies, meals and equipment around the hospital, and a tailor made patient electronic medical record  (EMR).

The 54m long by 27m wide Enhanced Safety™ helipad by Aluminium Offshore is the largest in South Australia designed to accommodate two helicopters up to 11 metric ton at any one time. This is also the largest helipad Aluminium Offshore has designed and supplied in Australia. Located in the region with the highest risk of earthquakes among major Australia cities, the helipad is designed to withstand earthquake loads. Such special considerations require a special expansion joint between the helipad and linkbridge for seismic occurrences. Taking into consideration turbulence during helicopter landing, vibration dampers are also installed to cancel wind-induced vibration from reaching occupants and equipment below the helipad roof.

During the project execution, HYLC was impressed with the overall tolerance level of the support structures while conducting trial assembly at the AOPL factory. This greatly reduces the installation duration on site and eliminates modification works. To free up valuable site layout area, the support structure was assembled into modules at a local workshop and craned immediately to the helipad construction area upon arrival at site. All this was made possible with Aluminium Offshore project team’s pre-planning and engineering for site specific assembly and installation.

The helipad with its water DIFFS unit was fully commissioned in February of 2016.